School of Contemporary Dance Dance Centre Myway invites you to enroll in classes in the break dance group. Come - and dance with us!

B-boying or breaking (break dance) - street dance style that originated as part of hip-hop culture among African-American and Latino-American youth in New York in the early 1970s. Breaking name (break - pause), most likely arose because the best dancers at parties stepped up during musical breaks - pauses. And synonymous of the name - b-boying - entrenched when MC, distinguishing dancing boys and girls, declared: «B-boys! B-girls! ». Achieving popularity quickly in the media, this dance style has spread around the world, particularly in South Korea, France, Russia, Japan and Brazil. 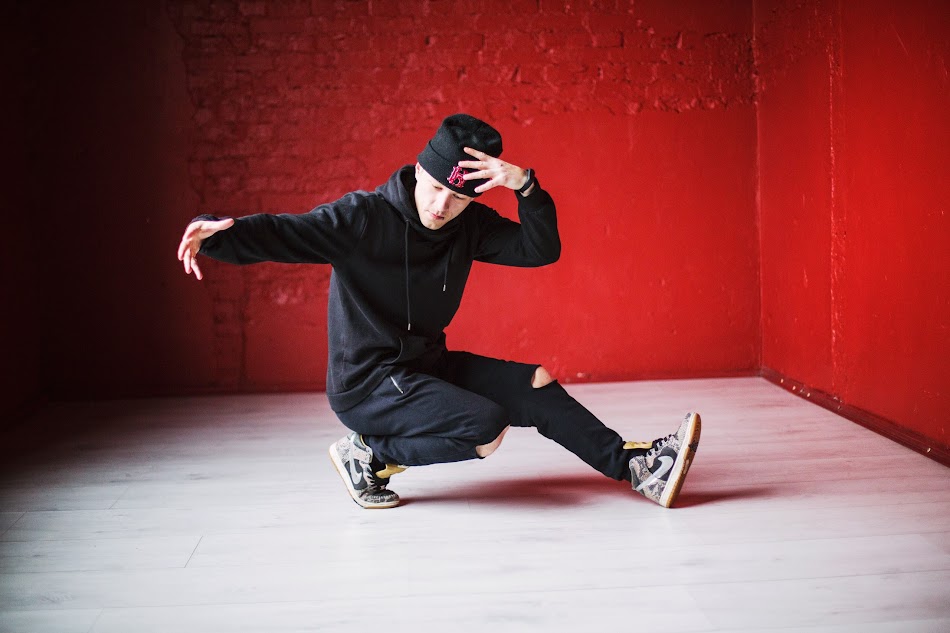 Bboying consists of four main elements: toprock, downrock, power moves and freezes. For a long time in the post-Soviet space, breaking erroneously was divided into "upper" and "lower". Motion for the so-called "top-break" were  borrowed from styles such as popping and locking. In fact, there is no lower breaking. Break dance – is a collection of different elements and level shift during the dance.

Originally b-boying was inextricably linked with hip-hop, nowadays modern musical trends help to extend musical range and choose the most suitable pace and swinging pattern of beats. It should be noted that the basis for breaking is gymnastics and acrobatics.

Breaking originated at the junction of several dance styles popular in America in the 1970s. Breaking formed the basis of the hip-hop and is currently one of the main ones. As for martial arts, you will notice that breakdancing is very similar to traditional Brazilian battle dance - capoeira. Pioneers of b-boying are Richard "Crazy Legs" Colon and Kenneth "Ken Swift" Gabbert - both are of the legendary team Rock Steady Crew, deny that they ever seen capoeira executed. They refer to James Brown and admit that most of them are inspired by movies about kung-fu starring Bruce Lee. The Vinyl «Good Foot» by James Brown gave birth to a dance in which people began to fall on the ground and combine it with elements of the rotation. And this very dance was the ancestor of this dance breaking.

Battle - dance competition during which opponents demonstrate their skills toe to toe(1x1) or team against team. It all started when a DJ from the Bronx (one of the pioneers of hip-hop) DJ Kool Herc was experimenting, breaking bits on vinyls. Dancers came on the dance floor and were "breaking" their movements to the music.

At the same time, the battles have become very popular with the concept of "fight through dance, and not by force of arms." They forced the dancers to use their imagination to do new tricks and outperform the opponent  with fast and precise runs. Battle also helped to unite the dancers in the team. Groups were developing their own unique style and thus universally praised the breaking movement.

Members of the group Rock Steady Crew can be rightfully considered as "fathers" of style. Now «R. SC » turned into a dance empire, known around the world, which is not so easy to get into. From 70s Rock Steady Crew several times changed its composition, but always remained innovator of many original movements in Style. Also these teams should be noted: SECOND 2 NONE, Flying Steps, New York City Breakers, JabbaWockeeZ.

Music for the breaking performance:

Music for b-boying is not restricted to hip-hop, the main condition – is swinging beat. Breaking can be readily adapted to any music, most often it is mixes of DJs. Feature of mixes – is rhythm ranging from 110 to 135 beats.

Although the style of b-boys are very close to the hip-hop style, primarily break dancer should combine his costume style and convenience. Dance involves freedom of movement, so often b-boys select sportswear - baggy trousers, shirts, T-shirts, jerseys. Also for the convenience dancers use caps, bandanas, wristbands and other attributes.

At Myway dance school courses of breakdance (b-boying) are open. Training takes place in the classroom in a group in a special breaking studio (Kiev, Shevchenko district, m. Shuliavska, 3 Olexandra Dovzhenko street). Schedule of breakdance groups is right under the photo.